By continuing to use the site, you agree to the use of cookies. Find out more by following this link.
Ok
LinkedIn
Twitter
Mail
Print
Pdf
The EDANA team has the sad duty to report the unexpected death of our former Marketing Director Philip Preest whose career with EDANA spanned four decades and a record number of years (1974 - 2006). Philip passed in his home in Brussels the week before Christmas. 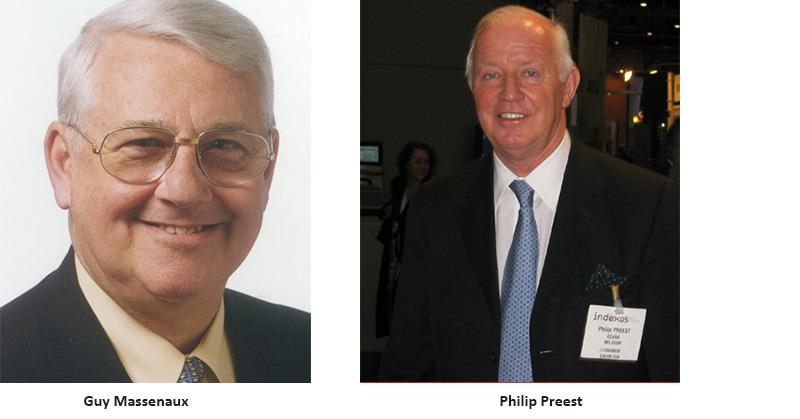 Pierre Wiertz, who worked with Philip for over 20 years, learnt the sad news from Philip’s brother earlier this month. “We share our condolences with all Philip’s friends and family, his passing is a great loss. As a creative and market-oriented professional, Philip Preest imprinted a strong and personal tone on all our communications and marketing outreach for more than 30 years.

“His punchy graphical and messaging style has left a strong legacy and is still evident across many of our activities, as well as our events, from OUTLOOK™ to the International Nonwovens Symposium, and from INDEX™ (11 editions of which Philip promoted) to Filtrex™.

“His expertise and creativity touched so many aspects of our work. On EDANA’s celebrated “Nonwovens in Cars” campaign for instance, and on our stylish cocktail parties (and their decorative invitations) associated with all events, as well as on corporate brochures and leaflets, or even web pages, used up until very recently, explaining and exploring the very essence of nonwovens. His smile and enthusiasm will be remembered by all those who had the privilege of working with him.

“Thank you, Philip, too, for your friendly help to many of us non-native English speakers, in using the appropriate words and spelling them right! Your performances as an enthusiastic jazz pianist in our afterhours sessions will never be forgotten!

“Sadly, this is also the very same week when I unexpectedly found out that Guy Massenaux, the Honorary Secretary General of EDANA, had actually passed away in March 2017. I had tried to contact Guy several times in the last few years, recently also to invite him in person to our anniversary celebration but failed and never learned of his death.

“Guy Massenaux was recruited by founding member companies to set-up EDANA in 1971 and managed the association until 2001. The nonwovens and related industries are immensely indebted to him for his visionary leadership which laid the foundation for the unique role played by this trade association in supporting member companies’ remarkable growth in those 3 “golden” decades of the 70s, 80s and 90s.”

“A longer and dedicated tribute will be paid to Guy on the occasion of the 50th anniversary celebration of EDANA (as announced in the December 2020 Newsletter) due to be held within the next 18 months or so, depending on the lifting of travel restrictions."

“It’s never too late to honour and celebrate a unique personality, as discreetly as he may have left this world.”