During the event “The EU Plastics Industries – Towards Circularity”, EDANA announced it would join 13 other organisations which present yearly interim reports on voluntary commitments and pledges to adopt more circular business models. On behalf of the nonwovens producers amongst its membership, representing over 85% of the nonwovens production in the EU, EDANA issued a pledge to significantly increase the use of recycled PET (rPET) in nonwovens.

Currently over 200,000 metric tonnes of rPET are used in the production of nonwovens for applications in e.g. roofing products, automotive products or hygiene products. EDANA foresees, on behalf of the nonwovens manufacturers among its members, an uptake to more than 300,000 tonnes of rPET by 2025. 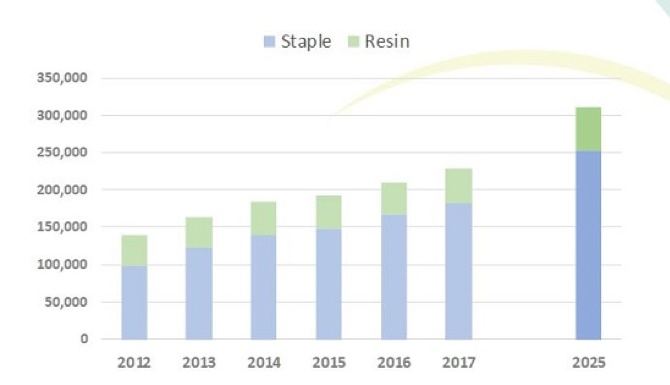 EDANA's pledge on the uptake of recycled PET